Photos taken at Lebanon and Lyons, Oregon in 2008 and 2009 respectively

So let's get to the pics!

A visit to Lebanon, Oregon in November of 2008 netted some shots of the hulk of an old ALCO PA1. This unit has a long history.

This PA-1 was built in 1948 and was originally a Santa Fe passenger locomotive numbered 59L. After its stint with ATSF it was sold and ended up in Mexico. Owned by the Mexican National Railway (its third owner), it was damaged in a derailment in 1981, resulting in the unsavory condition as you see it when I photographed it in November of 2008.

It was obtained by the Smithsonian Institution in 2000 and ultimately gifted to the Museum of the American Railroad in Frisco, Texas, where it will be cosmetically restored to its original red and yellow Santa Fe Warbonnet livery.

BNSF was very involved in this project from its transportation from Mexico to Lebanon, and also provided two flatcars and transportation for the PA's move from Oregon to Texas in 2014.

For updated information on the restoration project, visit http://pa59.org/. 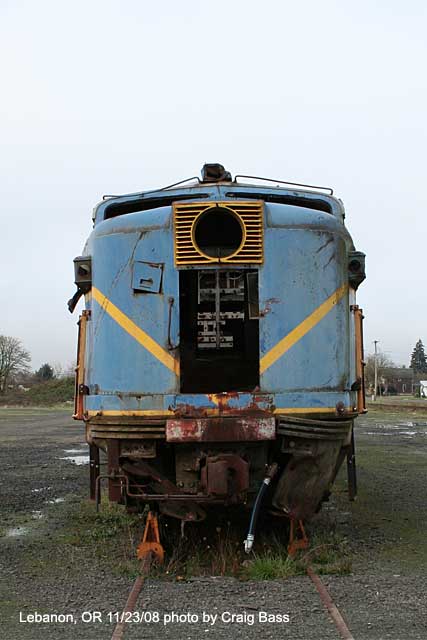 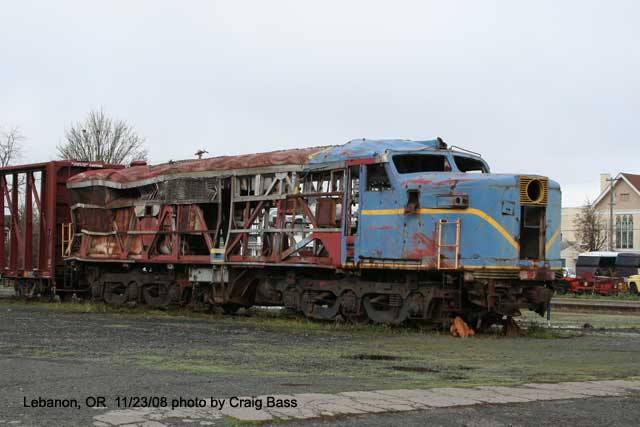 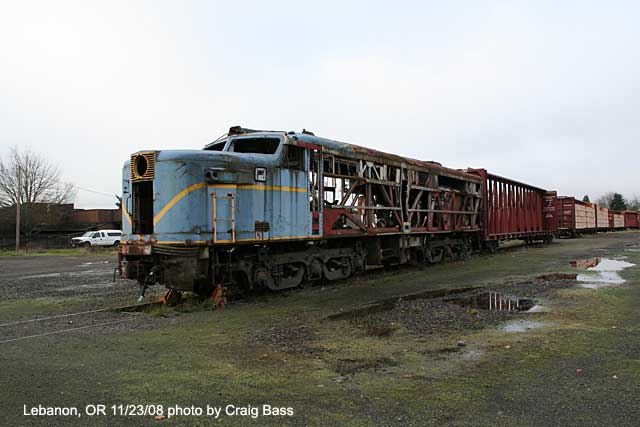 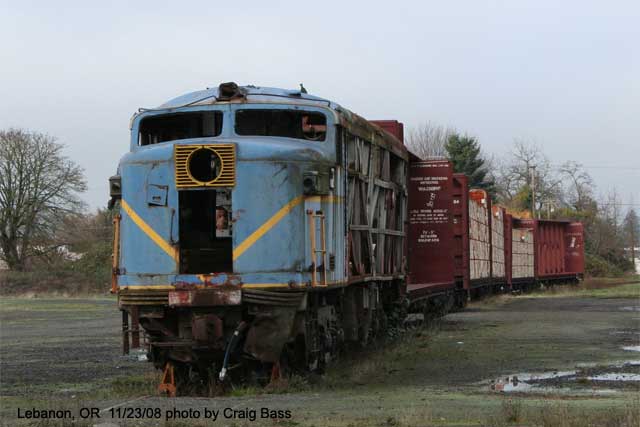 The former Southern Pacific Depot in Lebanon was built in 1908 and renovated in the early 2000's and is now occupied by the City of Lebanon's Council Chambers and their Community Center. 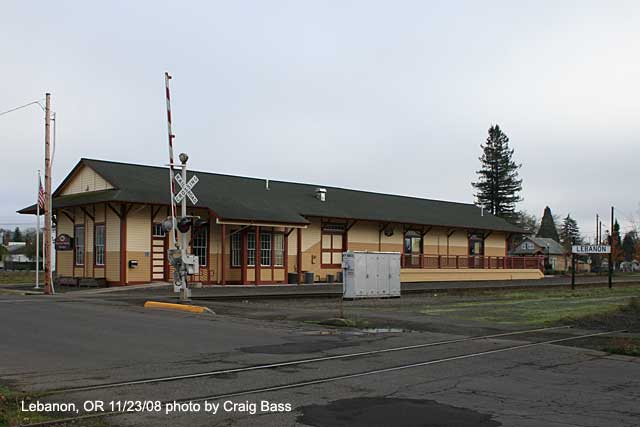 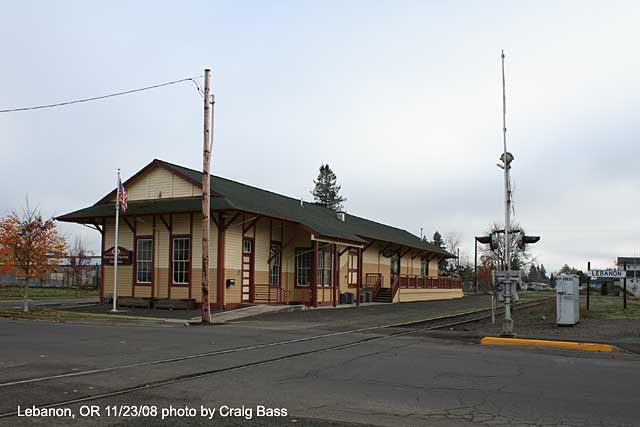 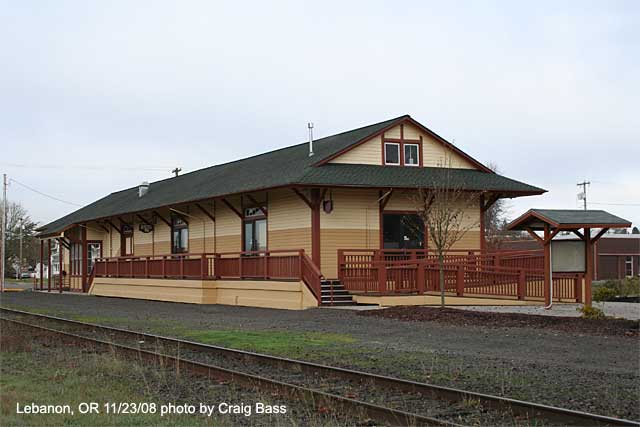 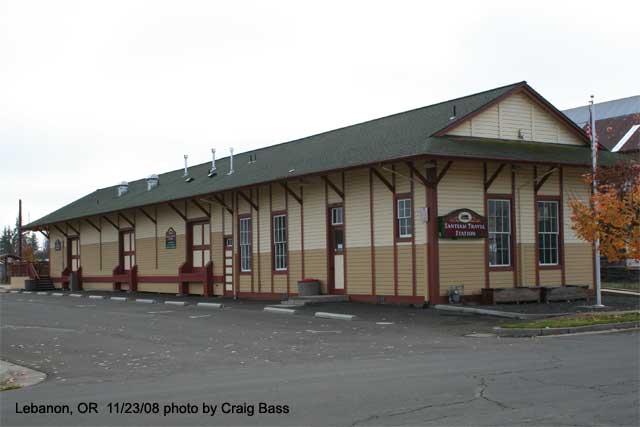 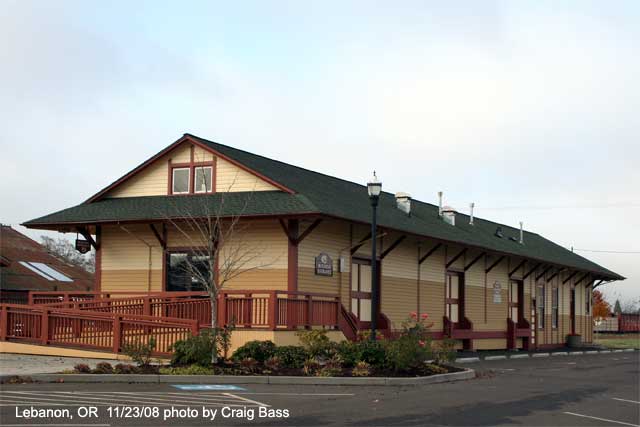 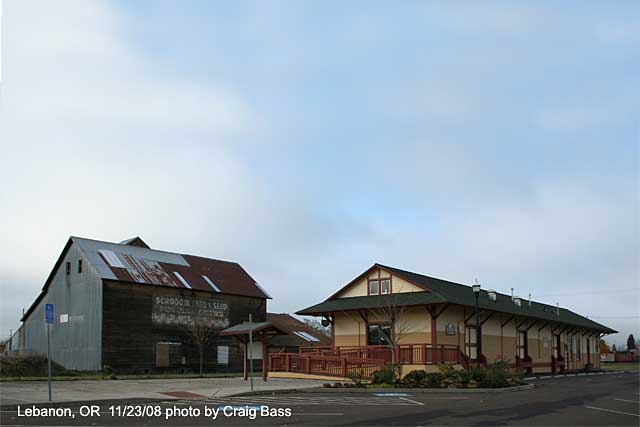 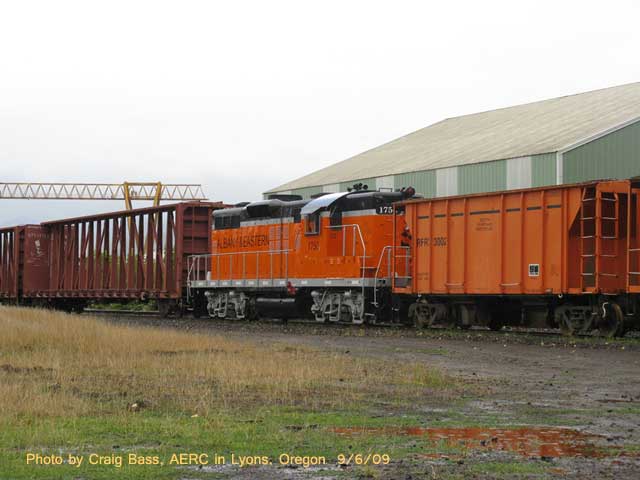 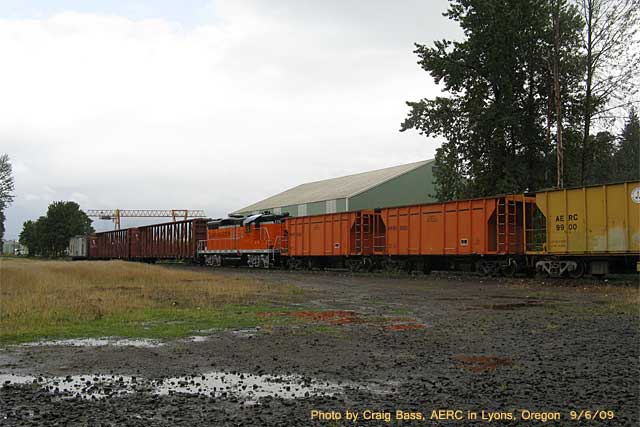 Next: The American Freedom Train